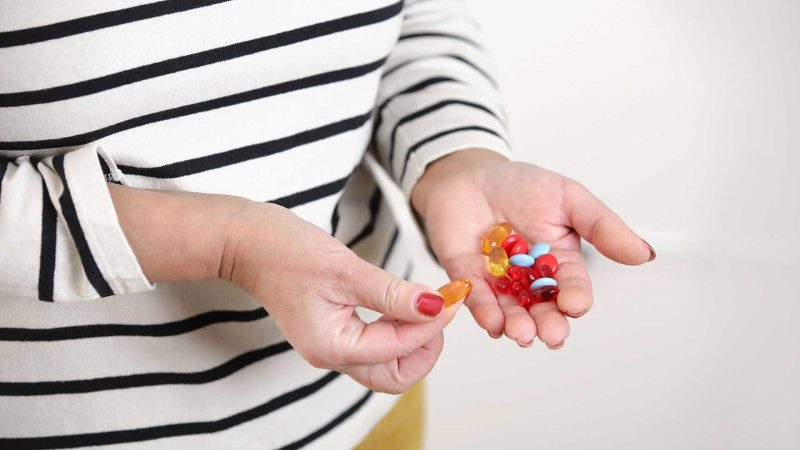 Moderating multi-medications – why less is more

Medication is pretty much an accepted part of later life.  While it’s fantastic that so many people are living for longer, with increasing age come an increasing number of health problems which, for the most part, are ‘solved’ by increasing medication.

Around 50% of people aged 65-74 and approaching two thirds of those over 85 have at least one long-term health or chronic condition.  These are so-called as they are illnesses that cannot be cured and, therefore, rely on medicines to keep them under control.  Common long-term conditions include diabetes, arthritis, high blood pressure, epilepsy, asthma and some mental health conditions.

Others that commonly affect our health and quality of life include:

You may be surprised to see ‘falls’ among these more familiar diseases but as a risk to quality of life and a cause of death, they cannot be ignored. Nearly 1,000 older people a day are admitted to hospital because of falls and their chance of falling again increases incrementally for every medicine taken over the first four. Furthermore, ironically, many stronger medications are linked to loss of balance and dizziness which, in turn, cause falls.

Too much of a good thing?

Age UK estimates that almost 2 million people over 65 are on seven or more prescription medicines. And nearly 4 million people are taking at least five medicines. Other similar studies put it another way suggesting that in England more than one in 10 people aged over 65 takes at least eight different prescribed medications weekly, increasing to one in four people aged over 85.

Unsurprisingly, heart and blood pressure medications are the most prescribed with statins (for heart disease) accounting for nearly half of all prescriptions.  Blood pressure drugs and medication for thyroid disease are also commonly dispensed.

Conditions such as high cholesterol, hypothyroidism, high blood pressure, asthma, diabetes, vitamin D deficiency and pain are all treated with medication. Oddly, aspirin and paracetamol are often included in the roll call of drugs (despite being cheaper to buy over the counter at a supermarket or high street chemist than on prescription…)

It goes without saying that access to life-enhancing and potentially life-saving medicines is vital for many people. And you should certainly NEVER stop taking a medication without checking with your GP or healthcare professional.

It would be wise, however, to ask for a regular check-up to review what you’re taking and if everything is still needed.  Apart from anything else, the more drugs you take, the greater the risk of them interacting badly with each other.

And that’s before you consider the side-effects often associated with medication and the impact those can have on compliance. This is important because a medication that isn’t taken as prescribed – if at all – is really not going to help!

Repeat prescriptions can save time and energy but may be masking the need to check whether they’re still appropriate.  It has been tricky to see a GP in the last couple of years, but perhaps now is the time to book in a medicine review to check you’re on track.

In an ideal world, all medicines would be easily tolerated, have no side-effects and no contraindications. That’s not realistic, perhaps, but it’s worth keeping an eye on natural supplements and foods that have clinical trials and studies that show they work well, are safe to take and have no contraindications, meaning you can take them alongside other medications.

One less thing to worry about

bonebalance™ is one natural solution you can trust 100% to work effectively. Designated as a Food for Special Medical Purpose (FSMP) for low bone mineral density, osteopenia and osteoporosis, it has no side-effects and no contraindications.  Clinical studies show it works as well as prescription drugs for bone density.

Given that osteoporosis is one disease that threatens our quality of life as we age, it’s good to know that bonebalance™ can help you boost your bone health while not adding to your medication load.

Which is one less thing to worry about!

We use cookies on our website to give you the most relevant experience by remembering your preferences and repeat visits. By clicking “Accept All”, you consent to the use of ALL the cookies. However, you may visit "Cookie Settings" to provide a controlled consent.
Cookie SettingsAccept All
Manage consent

This website uses cookies to improve your experience while you navigate through the website. Out of these, the cookies that are categorized as necessary are stored on your browser as they are essential for the working of basic functionalities of the website. We also use third-party cookies that help us analyze and understand how you use this website. These cookies will be stored in your browser only with your consent. You also have the option to opt-out of these cookies. But opting out of some of these cookies may affect your browsing experience.
Necessary Always Enabled
Necessary cookies are absolutely essential for the website to function properly. These cookies ensure basic functionalities and security features of the website, anonymously.
Functional
Functional cookies help to perform certain functionalities like sharing the content of the website on social media platforms, collect feedbacks, and other third-party features.
Performance
Performance cookies are used to understand and analyze the key performance indexes of the website which helps in delivering a better user experience for the visitors.
Analytics
Analytical cookies are used to understand how visitors interact with the website. These cookies help provide information on metrics the number of visitors, bounce rate, traffic source, etc. These cookies include the Facebook Pixel and Google Analytics
Advertisement
Advertisement cookies are used to provide visitors with relevant ads and marketing campaigns. These cookies track visitors across websites and collect information to provide customized ads.
Others
Other uncategorized cookies are those that are being analyzed and have not been classified into a category as yet.
SAVE & ACCEPT